Either with dangerous half-knowledge or in incomprehensible hacker jargon all kinds of experts are currently exchanging information about crypto currencies. But what do you actually have to know in order to have a say? In just five minutes you'll have a good basic understanding of the latest developments and if you follow all the in-depth links, you'll soon be able to talk directly to Satoshi Nakomoto. Who is that? Let us tell you here.

Definition:
A crypto currency is a digital means of payment with a distributed payment system that is cryptographically secured and usually issued by a network of private individuals. As a rule, crypto currencies are not recognised by the state as a currency, but are regarded as units of account that are treated similarly to foreign exchange for tax purposes.
https://www.vlh.de/kaufen-investieren/geldanlage/bitcoin-ethereum-co-so-versteuern-sie-kryptowaehrungen.html

What crypto currencies are there?

The ten best-known currencies with a total value of more than 3 billion US dollars in circulation are in April 2018:

Released on January 9, 2009, it is the first digital currency that completely abandons a finance company. You can read about the entire concept in this Whitepaper.

A platform published by the Russian-Canadian programmer Vitalik Buterin that enables distributed data processing and digging for the crypto currency Ether.

The real-time gross settlement system can be used to transfer assets of all forms and is also used by banks, but is based on its own crypto currencyripples.

A blockchain is a public register of Bitcoin transactions. It is stored in a Bitcoin network with decentralized network elements. Each element stores its own copy of the block chain to independently verify the transaction record for each Bitcoin.

Mining refers to the computing power that a miner makes available to the Bitcoin network. This computing power is used to generate new blocks. A block is the memory of a limited number of Bitcoin transactions. These blocks are sent from the Miner to the entire Bitcoin network and integrated into the block chain using an encryption code called a hash. The Miner receives Bitcoins as payment.

A wallet, i.e. a digital wallet, is necessary to carry out transactions with Bitcoin. This software is used to store the keys that record a claim to ownership of the Bitcoins anchored in the block chain. Here you will find an overview of different types.

And who is Satoshi Nakomoto? Sakoshi Nakomoto is the author of the whitepaper which presents the Bitcoin manifesto and thus the inventor of the crypto currency. But which person hides behind the pseudonym is not known until today. In 2012, the television series "The Good Wife" in the episode "Bitcoin for Dummies" dramatized a fictional conflict between the Bitcoin inventor and the Treasury Department of the USA. As in real life, they come to the conclusion that behind Sakoshi Nakomoto there may also be a group of cyber activists.

Bitcoin - don't only criminals use it?

Through encryption mechanisms, payment flows are anonymous. This is what providers and buyers of illegal goods make use of in the so-called Dark Net. This was the first major use as a means of payment in exchange for physical products. This reputation was also reinforced by the initial uncertainties as to how the currency should be treated for tax purposes and the initially non-existent possibility of paying elsewhere with the digital currency. But now Bitcoin and many of its cousins have become what the Bitcoin Manifesto aimed for: A pure peer-to-peer electronic cash system that is independent of financial institutions.

Almost criminal: companies like Long Island Iced Tea took advantage of the speculative boom on Bitcoin in December 2017. The producer of iced tea simply changed his name to Long Blockchain Corporation to attract investors - without any plans to switch from the previous iced tea business model to a crypto currency concept. With success: The share value increased by 500 percent.

In the first half of 2017, the value of a Bitcoin was stable at around 1,000 US dollars. In April, an investor-driven speculative phase began during which Bitcoin's appreciation increased exponentially. By the end of November, the price had risen to just under $10,000. In a very short time, the price inflated to almost 20,000 dollars, until the bubble finally burst in mid-December and a drop in value to the current level of around 7,000 dollars began.

Can you really shop with Bitcoin?
In the USA you can buy games, movies and apps from Microsoft with Bitcoin in the Windows and Xbox Store. In Canada, KFC offered the Bitcoin Bucket for a limited time, which you could order online and pay with Bitcoin.

In Berlin Kreuzberg, the German Bitcoin neighbourhood, you can pay for coffee, cake, rickshaw rides and music lessons from the digital wallet. Playboy TV even plans to accept other crypto currencies as a means of payment for digital content towards the end of 2018 in addition to Bitcoin.

The current list of other providers is best found via the search engine of your choice. It changes constantly due to currency fluctuations and promotions.

Is an investment worthwhile?

Wirtschaftswoche identifies two potential investor groups for crypto currencies: People looking for an alternative to the established financial system and financial market players who see crypto currencies as the future of the financial world. Investors who find a total loss of their commitment too risky are advised against the investment. Experts from Business Insider also warn against high price fluctuations, which make an investment risky, but see potential and come to the conclusion that it is still worthwhile to invest in Bitcoin. Have you had any experience with Bitcoin or any other crypto currency? Then write to us on Twitter or Facebook. We are looking forward to your opinion!
Share this article 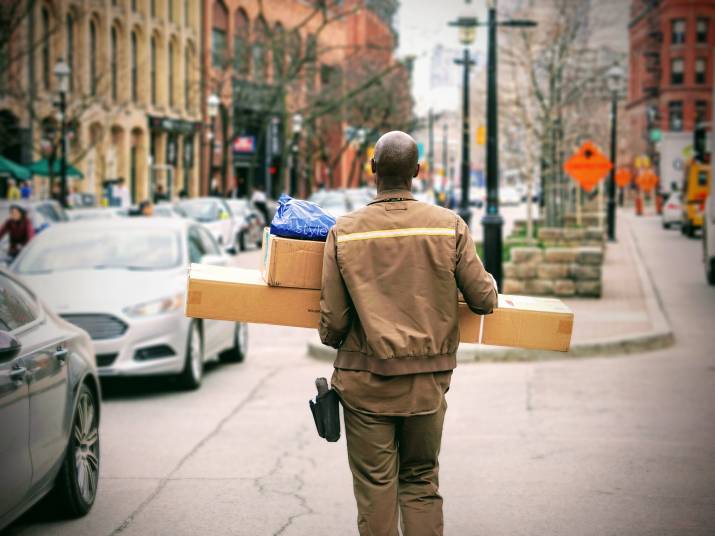 Net Neutrality and the Impact on Your Business

Net neutrality affects all of us. Read what NN is all about and how it affects you.

SXSW - just give it a shot

We won the SXSW German Startup Pitch in Texas and learned a lot from the Americans!