Everyone is talking about the digitalization of our society. The term seems to float above everything at the moment and it feels like it has no beginning and no end. But it is precisely the final goal that is interesting - because most companies only go as far as the second of four stations. We will show you which stations you have in front of you!

The degree of digitization of a company can be divided into 4 phases. This makes it clearer where the digital journey will lead and what benefits it will have for companies and customers.

Let's take a closer look at these phases below. In this way you can get an idea of where you are at the moment and what challenges lie ahead in order to fully exploit the opportunities of the digital transformation of your company.

The first phase is often equated with digitalization (or industry 4.0), although it is only the beginning of a digital transformation.
In this phase, communication channels to customers, suppliers and partners are opened up digitally, as well as the exchange of information within the company itself between people, but also between machines.

If one is well advanced in this phase, virtual and augmented reality applications via apps and websites and interactive order terminals are already established in branches. With this service, customers can get an exact picture of the product before it is even delivered or even produced.

A kitchen builder, for example, can have his customers photograph their own kitchen using an app in order to plan and display the new kitchen directly. When an order is placed, the order is automatically processed and executed in production.

Through the digital networking of the organization, vast amounts of data can be collected. Strong data processing systems and analysts are needed to make the data usable.
On the basis of this data, it is possible to make well-founded decisions, for example, to better predict customer behaviour and requirements.
Many companies are already in Phase 2. They think that the digitalization process has been completed, although it is only now becoming interesting.

In most data warehouse systems, the data is not processed immediately. Merging and aggregating data from different sources (ETL process) happens overnight. For many applications, yesterday's data is up-to-date enough. But when it comes to interactions with end users, for example, these data are too "old". The digital line to the customer does not work if it is not personalized:

The customer is a big football fan. His team has just lost, but on the landing page of your website his team is shown as the big winner. The customer feels like he's being fooled.
If the current information about the course of the match had also been processed, it would have been possible instead to show a motivating banner referring to the defeat of the favourite team (e.g. Never give up!) and thus collect sympathy points.

Attention: Transaction processes as described in phase 1 take place in real time, but this data transfer has nothing to do with real time analysis.

Of course, it is not a trivial task to enable computers to learn by themselves, to recognize patterns in data, and to create models by which our world can be explained and predicted.
But now you have all the means at hand to intervene in value creation with Machine Learning (ML) and Artificial Intelligence (AI).

Intelligent programs now take on demanding tasks that previously could only be performed by humans.

With ML, the client can now receive the best, tailored advice in the online shop around the clock that only an experienced client advisor could have provided before. A real added value for the customer.
Software could also create complex purchase contracts in seconds, which were previously drawn up by one or more lawyers in days of work.

You have now reached the stage of the next great transformation of our society after entering the information age.

Independently driving cars or supermarkets without cash registers ala Amazon Go show that the boundaries of what was previously possible are quickly blurred. The playing field is still free. How do you use the new possibilities that this opens up?
With Falcon we offer the right tool to tackle this big project. If we can help you, please contact us at info@nordantech.com 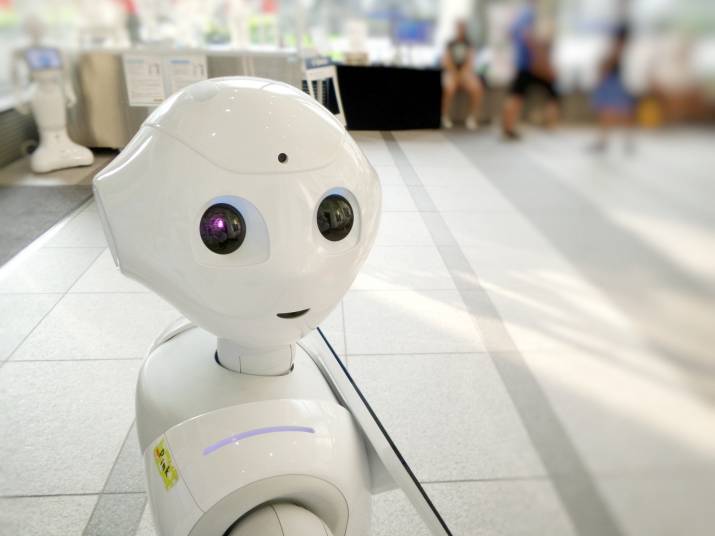